(in honor of laz, the completely sane and charming race director of the barkley mararthons, this post is absent capital letters)

"you do realize that the losers in the barkley lottery are the ones who get chosen, right?" -laz

i spent a large portion of my weekend glued to the twitter feed #bm100, a feeble attempt to feel "out there" from afar.

there's a record amount of media covering this year's barkley marathons, from ny times articles to a documentary to facebook pages to twitter feeds to functioning (gawk) real-life web pages! for good or bad, more details are available than ever before. i've read it all. the race has consumed me. i've written about this thing i desire here and here.

2013 did not disappoint, as laz, the idiot king, conjured up another doozy. rain. fog. mud. cold. carnage.

the conch blew at the respectable hour of 8:04am, and an hour later, at the lighting of a filtered camel, 35 brave souls ventured "out there."

21 made it out for loop 2, but only 5 survived to leave camp for loop 3. (in contrast, the 350-mile iditarod trail invitations in the brutal alaskan winter amazingly had 48 finishers out of 48 starters this year--different races entirely, but still)

earlier in the day, jared came in first from loop 1 like a boss in the ultimate direction sj ultra vest and euro-capris, more than an hour before travis and nick and 2 before the abbs, making it look easy.

but it's never easy. on lap 2, the barkley happened, and jared reportedly lost 7 hours off course and was the last of the 5 to leave camp for loop 3, just minutes before cutoff.

nick hollon was the first to finish loop 3 for his third consectuive fun-run finish in 32:56:15 (seconds fellas? for the barkley? really?). travis wildeboer finished loop 3 just under an hour later, in 33:50 (thereabouts), and the two left together for loop 4 at 34 hours and change, less than 2 hours under cutoff for a loop 4 start.

as the pace slows in the later hours of the barkley, the suspense grows with everyone eager for another runner to appear back at camp. the downtime is never quiet, though. this year, western states rd craig thornely (aka, lord_balls), crewing the abbs, kept laz busy, discussing race management, perhaps? to think what laz would do to western states is frightening.

jared broke up talks of making western states more "barkley," coming into camp as 2013's third fun-run finisher at 35 hours, but the 7 hours lost on loop 2 had taken it's toll, and with one hour to leave camp for loop 4, he voluntarily tapped, refusing to continue (rtc). just like that, the alum were none.

the abbs were next into camp, finishing the fun run in 39:09, over the 36-hour limit to continue onto loop 4. they don't make them any tougher though, with alan's 4th fun-run finish in 4 tries and bev's second fun-run finish, making her quite possibly the toughest woman on the planet.

rumors filled the air that, on the top of rat jaw on loop 4, travis and nick were in good spirits, laughing and singing, seemingly taunting the course.

nick came in from loop 4 at 46:50 with travis just 5 minutes from his heels, but travis turned it around quicker in just 13:13, getting out of camp 5 at 47:09 and choosing a forward, final loop 5. nick left camp 5 minutes later for his backwards loop 5.

at camp, nick joked about going out for another loop, but when laz offered to let him hit the "easy" button, he refused, opting for "no" instead. 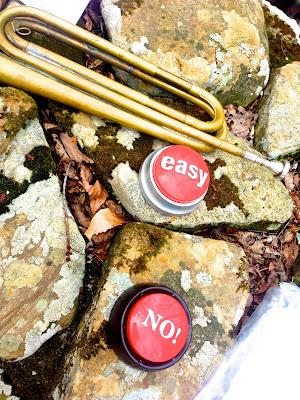 really, the only non thru-hiker alum are jared campbell (even though he's done nolans 14) and nick hollon (i'm not sure about mark williams). it seems the right kind of crazy for the barkley is that which can manage a small amount of hurt for a large amount of time without completely losing your shit. the mental aspect of the task seems bigger than the physical, surprisingly, and it takes a special kind of nut not to crack. 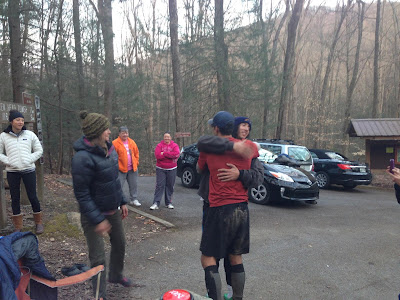 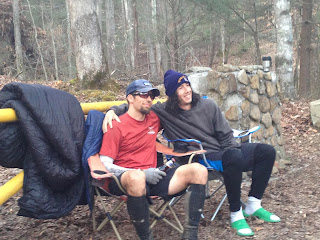 someday i'll get there. until then...


unending unease
another year of comfort
still yearning to fail


*the pictures above were taken from others and are used here without permission. to those i borrowed from, thank you. to those that want their's down, no worries, just ask.
Posted by Edward Sandor at 6:24 PM